Our 2018 season has been finalized and you may find some surprises. Most notably some races are conspicuously missing from our calendar, namely Tushars Ultra, Grand Canyon Half Marathon & Everglades Half Marathon.

After an incredible 2016 season we noticed attendance at some of our events shrunk for the first time ever. The thing with events is there is a high fixed cost of doing business. Many of our costs we incur whether we have 200 runners or 2000 runners. For example at an Ultra, it is the same amount of work to mark the course, and setup aid stations regardless of the race attendance. For a road race, we have to pay to close down the roads regardless of how many people sign up. This means that when attendance is down, it can be difficult for the race break even and can jeopardize our ability to function going forward.

With Tushars, it is a race we love and want to see it continue. The challenge is that the forest service has limited us to 300 participants, total. This has caused to lose close to $30,000 each year. The cost to produce the race is significant with remote aid stations, and extremely rugged terrain. That means we went out and worked our asses off for days only to lose money as a company. Obviously this isn’t sustainable. The fix is one of 2 things:

We like offering the marathon and half, if for no other reason than they allow flexibility for some people who underestimate how challenging this course is.

So we fully expect to back in 2019 with our Tushars event. What it will look like is uncertain, but we expect to make an announcement before Summer 2018.

Everglades is similar in some ways. We chose to cancel the 2017 race because our course was flooded, and we were worried that moving the race would have diminished the experience for everyone. While super disappointing to some people, I still think it was the best decision.

Going forward though, we feel like there is not enough interest in the race for it to be an annual event. Interest in the race waned significantly after the first year, and despite our best marketing efforts, registration dropped more than 30% from 2016 to 2017. The permitting agency (NPS) limited the number of participants for this race, and because of this we had to keep our race fees unusually high which probably exacerbated the problem. So 2018 isn’t going to happen, but it may be back. I’ll explain below.

First let’s talk about the Grand Canyon Half Marathon. One would think that because the Grand Canyon is this incredible destination it would be a sell out every year. This has not proven to be true. Could it be that because our race on the south rim provides no canyon views that runners are not interested? Well, we had a race on the north rim that was right on the rim of the canyon, and still registration was tepid.

Furthermore, we decided to move the Grand Canyon race just a week apart from the Lake Powell half marathon. The thinking was there is so much to do in these areas, we thought runners would love to do two races on back to back weekends with a week to enjoy all the grand circle has to offer. What ended up happening is that registrations at both the Lake Powell and Grand Canyon race shrunk in 2017, making two races that don’t break even rather than a single one that is sustainable.

While I love going to the Grand Canyon, we feel like there may not be sufficient demand to hold an annual race there, especially in October.

So where do we go from here?

We love all our races, including some you haven’t seen in a while like the Capitol Reef Ultra. What we are starting to think is that some of these races may not be able to happen every year. So here is the tentative plan: We are going to hold off on the Grand Canyon Half Marathon in 2018 but plan to bring it back for the Grand Canyon Centennial in 2019, and depending on what happens it may be an every other year event. 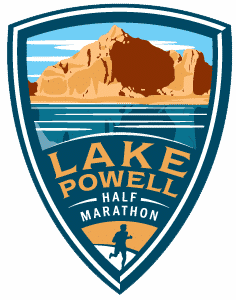 For those still wanting to run in Arizona in October, we have you covered with our Lake Powell Half Marathon on Oct 20 in Page. For the few people who have run the entire series, we constantly hear that Lake Powell is the best course we have. The variety of surface to the jaw dropping scenery, it should be near the top of everyone’s race bucket list.

That brings us back to the Everglades. If we see that an every other year system works out, we’ll likely figure out a way to bring back the Everglades half marathon in the future. We can see an every other year or every three years system working for many of the races we have. Some events like the Zion Half Marathon, Yosemite Half Marathon, Antelope Canyon Ultra would happen every year while others would rotate. Some events like the Capitol Reef Ultra might only happen once every five years.

We would issue the calendar 2-3 years in advance so you could plan for which races you wanted to attend.

We would love to hear some feedback on this idea. We are not aware of any other events that happen on a rotating basis as every event I know about happens annually. Would this change make any difference to you? Let us know.

The 2017 Everglades Half Marathon & Biscayne 5K has been Cancelled

Salem Stanley is the founder and CEO of Vacation Races. He loves the personal growth that comes from athletics and physical challenges. He also is in love with National Parks. He received a BA in Business from Southern Virginia University where he was an All-American track athlete. He recently graduated with an MBA from BYU.